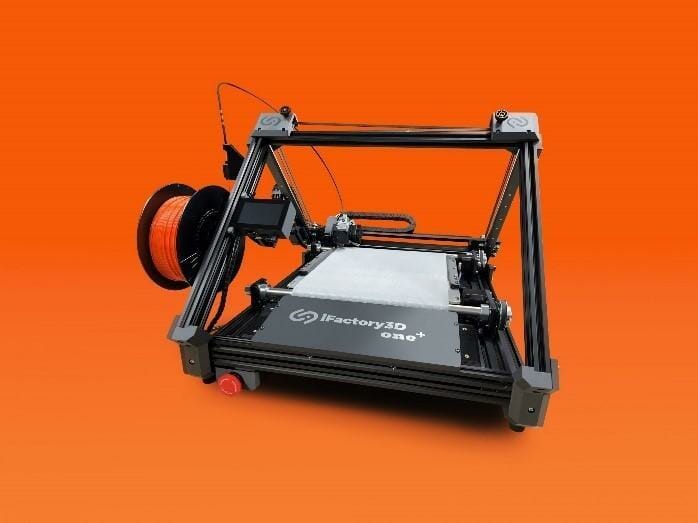 The startup iFactory3D announces to launch its new machine for Q2 2021.

Once again, a crowdfunding campaign is to initiate the market entry, after the first product of the 3D printer manufacturer was successfully funded via Kickstarter.

“We received a lot of positive feedback for our first product from many companies that want to build up their large-scale production with 3D printers,” says Artur Steffen, CEO of iFactory3D. “Therefore, we have further developed our device in several steps and optimized it for serial additive manufacturing. That’s how we found the perfect solution for professional 3D production in series.”

The first 3D printer of the startup, the iFactory One, had been developed with the main target group of hobbyists and self-employed small business owners for continuous production of printed parts. After receiving an injection of funding from the Business Accelerator startup, the company was able to launch a crowdfunding campaign for the FDM conveyor belt printer on Kickstarter last November.

The Kickstarter project was supported by 434 international backers, helping iFactory3D reach about 186 percent of its funding goal. And that same year, units were shipped to backers who opted for the “Early Bird” deal.

The machine features a conveyor belt instead of a rigid print base; as a result, the printer has a build volume of (practically) infinity x 280 x 170 mm. Thanks to an interchangeable hotend angled at 45°, it can print on the conveyor belt, with hardly any need for support structures. For complex geometries, these are needed selectively, but hollow prints and overhangs are possible with the iFactory One – unlike conventional 3D printer designs.

High level of automation for 3D printing thanks to artificial intelligence

In addition to these construction-related points, another feature that sets the machine apart from its competitors is the integrated AI-based PrinterGUARD error detection software. The software, developed specifically by iFactory3D to complement the belt printer, can visually detect the five most common defects in FDM printing, including spaghetti, detaching objects, part warpage, stringing and air printing. PrinterGUARD’s algorithms are constantly evolving, so the goal is for the software to be able to detect around 20 defects, send a status report to the owner, or depending on the setting, independently intervene in the printing process and provide suggestions for improvement. In this way, hardware and software work hand in hand in printers from iFactory3D for the automation of additive manufacturing processes.

The upgrades inspired by collected feedback make the One Plus one of the fastest (belt) 3D printers in the world. It can print up to three times faster than its predecessor, with no loss of print quality, thanks to an increased volumetric flow rate.

Another improvement is that the original Bowden extruder has been replaced with a direct-drive configuration; this increases reliability and print quality. The nozzle also expands the range of filaments that can be used. The wider range of materials is further enhanced by greater temperature tolerance of the printer due to the elimination of the PTFE liner. Finally, iFactory3D has adapted the device’s conveyor belt system so that it can now be individually tensioned. The advanced technology ensures a consistent tension every time.