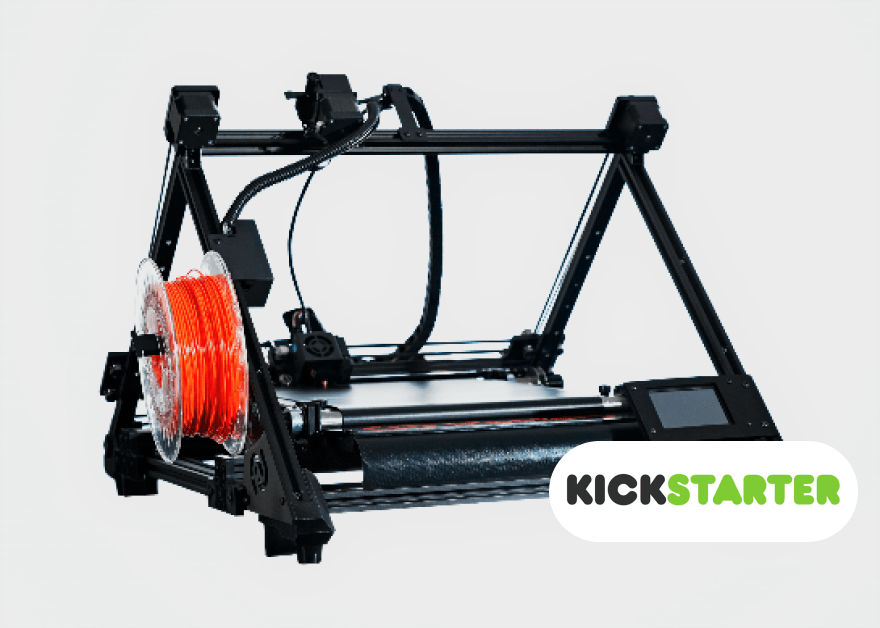 German startup iFactory3D presents the first 3D belt printer with integrated AI-based software for print error detection on the crowdfunding platform Kickstarter. The goal of the young company is the automation of additive manufacturing.

Crowdfunding for the 3D conveyor belt printer “iFactory One” on Kickstarter

iFactory3D has launched a new crowdfunding campaign on Kickstarter, the world’s largest platform for funding creative projects. The startup aims to bring the iFactory One 3D printer to market and raise additional funding for product upgrades and enhancements.

Through the campaign, 3D printing enthusiasts can make a financial contribution to initiate the manufacturing of their own iFactory One printer (at a cost of under ~$1,000).  The iFactory One is the first 3D printer with an integrated PrinterGUARD error protection system based on artificial intelligence (AI) algorithms. It currently identifies the five most common 3D printing errors to help prevent them. Soon, the PrinterGUARD AI algorithms will be able to detect and eliminate up to 20 types of errors.

“Our 3D printer is a unique solution that has nothing like it in combining conveyor belt, error detection and advanced control thanks to remote printing in one device. In addition, the Kickstarter campaign will lead to the launch of active sales and mobilization of additional funding sources needed for further software upgrades, AI software training and development.” – Artur Steffen, CEO of iFactory3D

In addition to the integrated PrinterGUARD system, the iFactory One will have unique cloud-based technical support, providing customers with continuous online service. In addition, the iFactory One’s conveyor belt (with a non-stop operating mode) will allow printing of objects of any shape and length without removing them individually from the print bed.

Through its crowdfunding project on Kickstarter, startup iFactory3D plans to raise more than $100,000. According to the company, “the first backers will have the chance to receive their iFactory One in 2020 and some branded gifts.”

Based in Düsseldorf, Germany, iFactory3D was founded in July 2020 by serial entrepreneur Artur Steffen and inventor and chemist Martin Huber. Within a few months, the startup successfully secured partnerships with key business players and contacted many 3D printing enthusiasts, who consistently responded positively to the price and quality of the iFactory One printer.