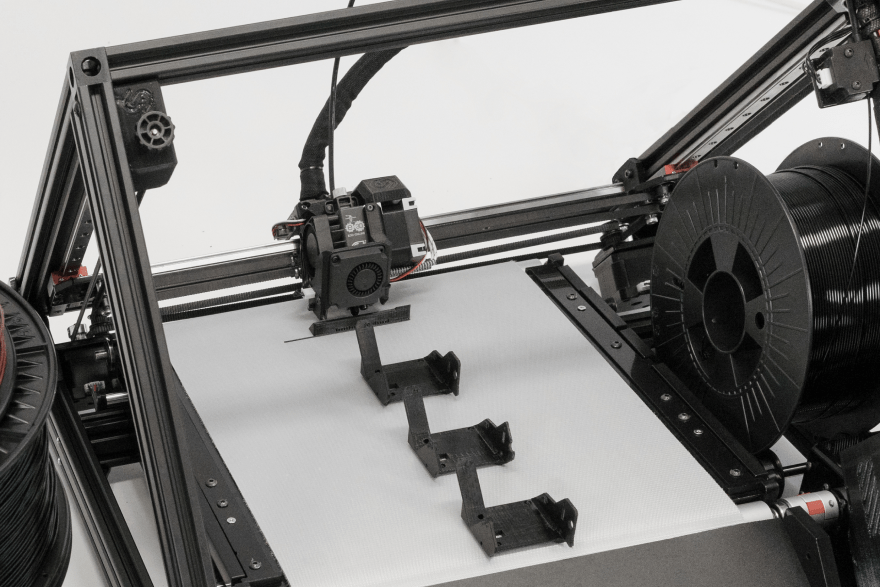 Local startup iFactory3D has been accepted into one of Germany’s largest business accelerator programs, the Düsseldorf-based STARTPLATZ. The 3D printer manufacturer expects positive synergies for network and general growth.

Tech startup brings a lot of potential to move in

iFactory3D has been accepted into STARTPLATZ, the largest business accelerator in western Germany. It is expected that the Düsseldorf startup will be able to develop lastingly in this atmosphere with inspiration from a wide range of business areas. Thus, the chances for a healthy, but also rapid company growth are further increased by the STARTPLATZ.

STARTPLATZ founder Dr. Lorenz Gräf, who was one of the first to invest in this project, appreciates the potential of iFactory3D and its promising technology to take additive manufacturing to the next level of productivity. The Düsseldorf-based company also has its first product, a desktop-format 3D belt printer – the iFactory One – ready for the move-in.

Dr. Gräf founded the e-commerce company Globalpark (a provider of social CRM, panel community and survey software), which quickly rose to become a global market player. Through the merger with another software company, Questback, Globalpark AG was able to take a leading position in Europe.

In 2012, Lorenz Gräf resigned from his position as CEO of Globalpark and founded STARTPLATZ, where he currently serves as Managing Director.

STARTPLATZ is a business ecosystem that provides space for collaboration and innovation, consulting and coaching, as well as workshops and events for corporations, SMEs and freelancers. Over 300 start-ups (with investments +150 million euros) are currently working on the implementation of their business ideas at STARTPLATZ.

The Düsseldorf-based company iFactory3D was founded in July 2020 by entrepreneur Artur Steffen and industrial chemist and inventor Martin Huber. The two had met earlier in the Düsseldorf startup scene and quickly began working together. While developing a joint project, they came up with the idea for their current product. The founding of the 3D printing manufacturing company to produce their creation was decided soon after the first prototypes. Within a few months, the startup successfully secured partnerships with key business players and contacted many 3D printing enthusiasts. Each of them responded very positively to the price and quality of the innovative iFactory One 3D printer.