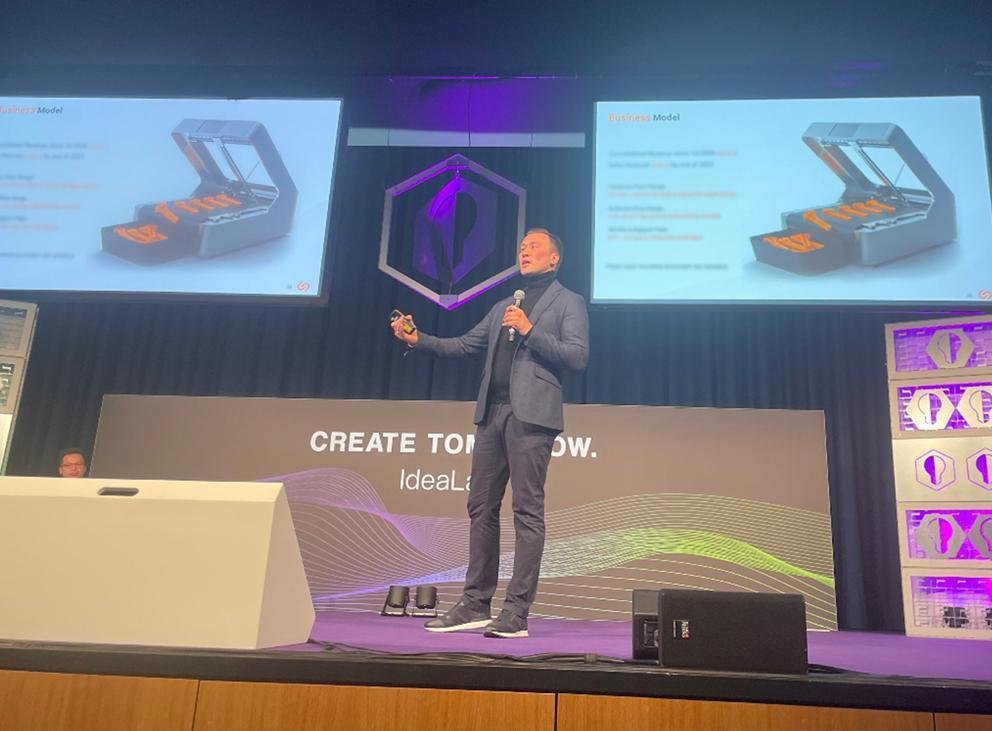 CEO and co-founder of iFactory3D, Artur Steffen, is a repeat participant at the Otto Beisheim School of Management’s IdeaLab event. This year, the entrepreneur spoke to a packed room about the future of 3D belt technology.

Event for entrepreneurs, students and investors

Already in its 22nd edition, the event, organized by WHU students, is one of the leading events in the startup and entrepreneurship industry in Europe. Over two days in October, the IdeaLab featured workshops and presentations, as well as numerous discussions between participants, companies and investors. For networking, the “Speeddating” event was particularly useful on Friday. Here, on the one hand, students and graduates meet successful employers to secure internships or career entry. On the other hand, founders have the opportunity to get in touch with investors and to win them over with their business idea.

One of 8 participants in the pitch battle

On both dates of the IdeaLab Founders’ Conference, the CEO of iFactory3D was also present. On Friday, there was plenty of time for networking and exciting meetings. Saturday, on the other hand, Artur Steffen went into action as a participant of the Pitch Battle hosted there. He was selected to present his company and his vision for iFactory3D alongside 7 other entrepreneurs in front of the more than 600 attendees. As the only speaker with a hardware topic, he attracted a lot of attention. Above all, he is no stranger to the IdeaLab, having already participated 5 times as a speaker or guest. The WHU event started his personal journey in the startup and founder scene, so he always likes to return.

“Also this year, IdeaLab was a profitable experience for me. There was a lot of encouragement for the presentation around our 3D belt technology and what significance it can have for the startup scene. This also brought iFactory3D to the attention of potential partners, with whom talks have been arranged. In the near future, they are going to exchange ideas about a common path and the potential of cooperation.” Artur Steffen is already looking forward to the next opportunities to get involved at the WHU Founders’ Conference. At best, he plans to report on iFactory3D’s exponential development next year already.