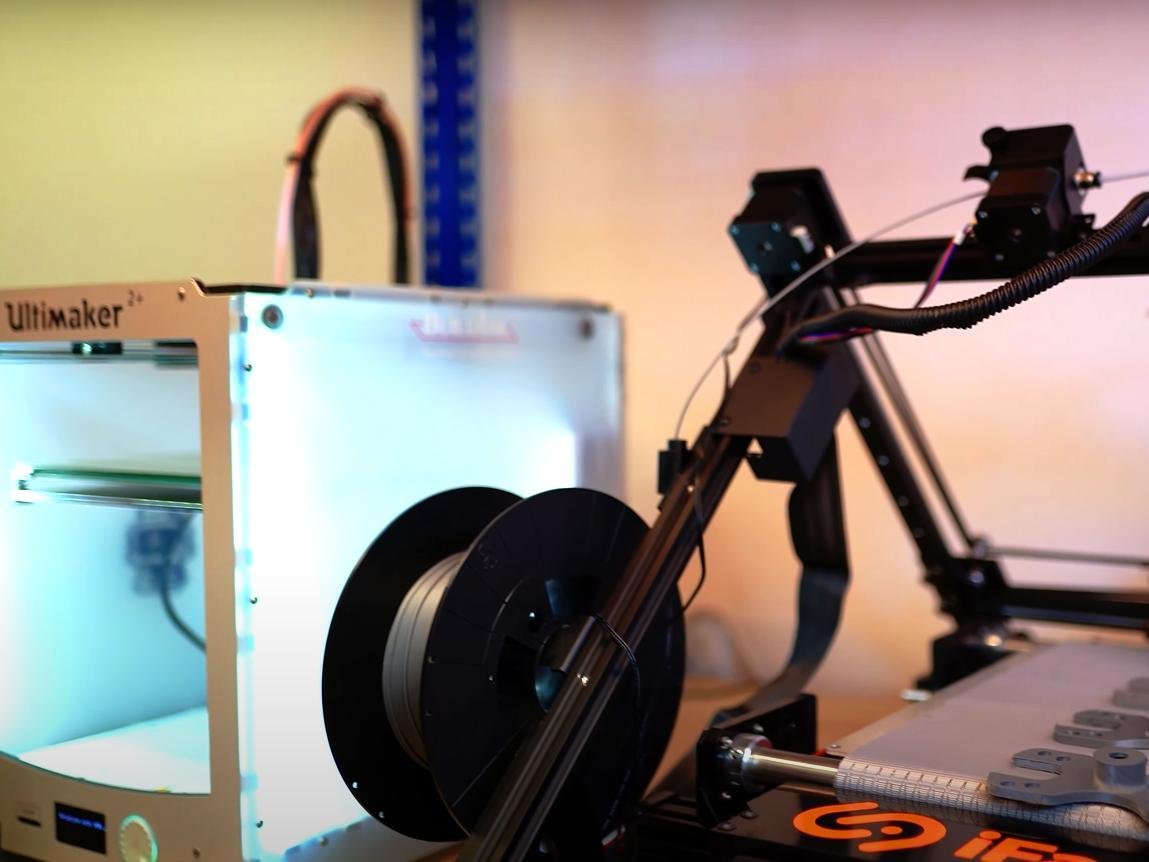 In a bachelor thesis commissioned and supervised by iFactory3D, the economic viability of 3D belt printers compared to classic Cartesian 3D printers for the production of different objects in multiple versions was to be determined, among other things. On the basis of 5 selected objects to be implemented with different parameters and geometries, an economic efficiency calculation was created and the machine hourly rate was determined. 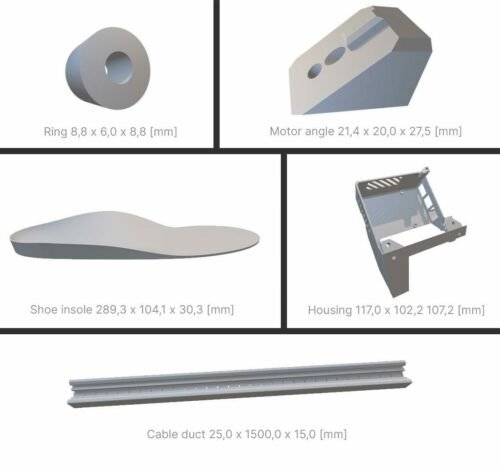 It could be determined through this work that the variable costs for the selected 3D belt printer model (iFactory3D One Pro) were always lower than for the comparison printer (Ultimaker S3 / S5).

The lower costs per piece result from several points that are different for the 3D belt printer than for Cartesian 3D printing. For one, the 45° print angle eliminates the need for support structures for more complex geometries (example here: housing). This has a positive effect on both the material consumption per printed part and the required printing time.

In the case of the long print object (cable duct), the high savings per piece are due to the fact that the piece division is not required. In contrast to the S3 or also the larger S5 from Ultimaker, the required 1.50m can be printed continuously in one piece with the One Pro. Because of the conveyor belt instead of a rigid and therefore limited print bed, there is no limit to the dimensions in the z-direction on the belt printer. The object was divided into a total of 8 pieces for the build space of the S3, which were printed in two passes because only 4 could fit on the printing surface at a time. Result: the S3 requires 66% more printing time and a restart of the printing process, which must be added to the process cost as labor time with corresponding compensation. Overall, the unit price for the long part on the S3 is easily 3.5 times that of printing on the One Pro 3D belt printer.

Labor costs also add up when producing large quantities of the small chosen printed parts such as ring (spacer) or motor angle. With the maximum blanking of the build plate, the objects have to be removed manually from the build area after a good 50 or 30 pieces per printing process. This step is omitted in the case of the continuously running 3D printer with conveyor belt and thus the personnel costs are saved at these intervals.
By saving on variable costs, i.e. unit price, the One Pro always reaches a point where the total cost of manufacturing with this device is cheaper. The One Pro has about a 9% higher total fixed cost compared to Ultimaker’s S3, which is the same as the MSRP price difference in purchase. However, thanks to lower operating costs (both for personnel and for comparatively minor power consumption) and lower material consumption, the use of the belt printer always pays off in the short or long term, depending on the example object.

The comparison between the Ultimaker S5 and One Pro had to be made when printing an insole because the length exceeded the build space of the smaller S3. The larger build space translates into a higher purchase price. The MSRP of the Ultimaker S5 is about 46% higher than the One Pro belt printer. With the more powerful wattage of the S5, there is also a higher operating costs. So, for this specific print object, a direct comparison shows increased profitability from the first piece on the One Pro – not to mention the more than half the production price per sole.

So the results of the final paper show that 3D printing pays off after a few thousand units, depending on the 3D model, compared to common 3D printer models in the B2B sector. And furthermore, that the versatility of the 3D belt printer is a real argument in its favor. All 5 example objects could be produced more cost-effectively per piece. For the more complex geometries, the lack of need for support structures plays a role in both time and material savings. Time not only in the sense of printing time, but also subsequent manual processing, i.e. working time is eliminated if no support structures have to be manually removed.

One Pro stands out due to its flexible usability

The last plus point to be emphasized is the unrestricted length of the build space. Where two Cartesian models had to be used for the feasibility of the objects in this thesis, the 3D belt printer was able to handle all the selected component dimensions. This means that unusual objects can be produced for additive manufacturing, as well as individual objects in one piece, i.e. on the production line. This eliminates additional personnel costs and waiting times, and the belt printer can run for weeks and produce continuously.
So for mass production, a 3D belt printer definitely qualifies in terms of unit costs compared to classic 3D printers. In addition, its enclosed features allow more flexibility as well as material savings. The final thesis thus came to the conclusion that the acquisition of a 3D belt printer is to be recommended to SMEs and individuals for small series production.