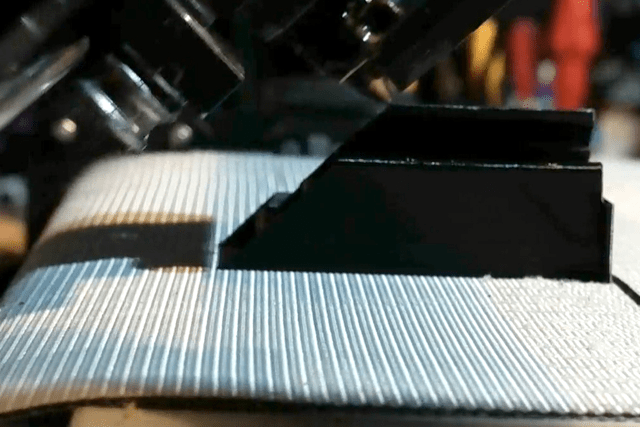 What happens during slicing?

The quality of 3D-printed parts is often decided before the actual printing process. Proper preparation of the 3D model on the computer is essential. With so-called slicing software, the stereolithography mesh structures that make up the three-dimensional figures are translated into a printable code. The object is divided into small slices (that’s where the name originates from), which correspond to the subsequent layer resolution. The code also defines how much material is output in which time span, and how fast the moving part of the printer should move. Finally, the resulting code is a sequence of movements that the print head or print bed runs until the object is completely composed of filament layers.

Why are there different slicing softwares?

As can be seen in the previous section, how an object is built varies depending on the printing technology and the design of the printer. For example, there are printers where the print head remains rigid and the print bed moves down piece by piece, making movements to each side to replicate the contours of the desired object. This can be somewhat compared to latte art or soft ice cream, where a continuous flow is formed by the catching object (cup or ice cream cone). The principle works similarly for printers, which have a moving print head and a rigid bed. Here, for example, the comparison of a piping nozzle decorating a cake fits. A combination of a print bed moving up and down and a print head moving sideways is also common. The structure of a 3D belt printer, on the other hand, is completely different.

What makes slicing so special in 3D belt printing?

In a 3D belt printer, the print head and the print bed move. However, the print bed does not move vertically as usual, but progressively horizontally – because of the conveyor belt. To take full advantage of this movement, the print head on iFactory3D’s One Pro is mounted on a print rail at a 45° angle. For slicing, this means that it must also be sliced at a 45° angle, and the movement of the conveyor belt must be taken into account in the motion code. Until now, there were integrated solutions for this special case in common slicers such as Cura or IdeaMaker. However, constant use quickly revealed that belt printing is just an exception, and the functions are not really ideally adapted.

What functions does Meta3D Slicer offer?

This problem has now been remedied by iFactory3D. As a B2B supplier of high-quality 3D belt printers made in Germany, it is just plain essential also to offer an optimized software solution for 3D belt printing. Together with a European software company for 3D applications, Meta3D Slicer was developed. With useful features like the paintbrush function for support. This allows support structures to be “painted” manually, and only where they are actually needed. After all, 3D belt printing is characterized by the fact that very few support structures are required for complex geometries – because of the 45° angle structure. Likewise, an infinitely long G-code of different objects can be written with the slicing software, matching the continuous conveyor belt.

What settings can be made in the slicing program?

Meta3D Slicer will come with some pre-installed settings for different materials that have been tested for months. Each material has special properties that should be optimally exploited in the G-code at best. But depending on how exactly the object to be printed should look in the end, there is no universal solution. For outstanding results, the settings must be adjusted in smallest details for each case, which is possible with Meta3D Slicer. From detailed print profiles, to material settings, to position and rotation of the 3D model, everything can be precisely customized and saved for later use. This facilitates professional use of the 3D belt printer and leads to consistently good printing results.

After the next testing phase to find small things that still need to be fixed, the software will be finalized. The Meta3D Slicer is expected to be released October/November 2022. There will be a separate announcement with a detailed manual where to find all specifications of the software.
The Meta3D software suits all 3D belt printers, but is especially aimed at owners of a One Pro or One.